THE WORLD OF LIBERATED MAN

In the middle of 2018, we are a group of architects interested in the idea of developing different forms of autonomous residential cells for new and non-standard models of settlements of the future. This work gradually led us to understand the need to change the existing type of social structure in society. When looking for new ones within public relations, laws and rules of life.

The analysis of the modern world order and its projection in architecture pointed us to a number of inharmonious phenomena in the development of modern society and in the existing system of resettlement on the Planet.

We have begun to analyze and question from the perspective of architects many realities of our world have become familiar to many people. The critical view of the Architect exposing professional re-evaluation phenomena such as the explosive growth of cities, the depopulation of territories, imbalances in social relations, uneven growth in real estate markets and more, led us to the idea of creating new types of settlements in the new social environment of social relations.

This idea subsequently led to an understanding of the links between different types of resettlement and the structure of social relations in accordance with the new level of technology development and the evolution of the human type of consciousness.

We have come to understand that the existing model of social order is embodied through and through modern architecture, and in the material world affects our reality and habitat. By imposing new behavioral patterns in the living space around us, modern architecture is not a consequence, but a tool for the formation of a social structure in society.

The introduction of existing types of resettlement does not contribute to the harmonious development of man, deprives him of many vital needs and connections, changes aspirations, limiting options to achieve goals in evolutionary development, exacerbating basic instincts and vices, creates fears for tomorrow.

We have tried to overestimate the conventional wisdom on the established rules and dogma that shape the patterns of our daily behavior in the prevailing environment. We have tried to propose a new model of social device, using the tools available to architects to predict and materialize in space.

Not being politicians and financiers who directly influence and control the processes in society, we tried to convey the idea of a new social structure through the methods known to us, focusing on the student environment and young designers. The subject of discussion was the idea of designing autonomous residential cells, and residential settlements for a new social structure based on the new Rules and Public Relations.

We have proposed to discuss a new resettlement model based on the principle of adopive type of resettlement, as opposed to the existing FREE type of development of the planet’s dominant living space.

This attempt, using the example of conceptual utopianism, was intended to awaken in the professional environment the idea of understanding the Alternative Way of Society development in the application of the principle of the Adoptitive Type of Resettlement at a new stage of technological progress.

In our view, understanding the very possibility of a NEW alternative path in development can give hope and impetus to many creative individuals and identify new Goals and Vectors for the development of the entire human society in the near Future.

The basic principles and ideas of the new resettlement model are based on the New Rules,the basic laws for the new model of public relations, and they look like this:

In our opinion, this direction in predictive architecture will help us to get rid of many dogma imposed on modern society, the modern world. It will free up new resources for creative and socially useful activities, giving an opportunity to reveal the human qualities and aspirations for development suppressed in people, to give impetus to the growth of creative potential, which will eventually give a boost to the eradication of basic human vices and fears. 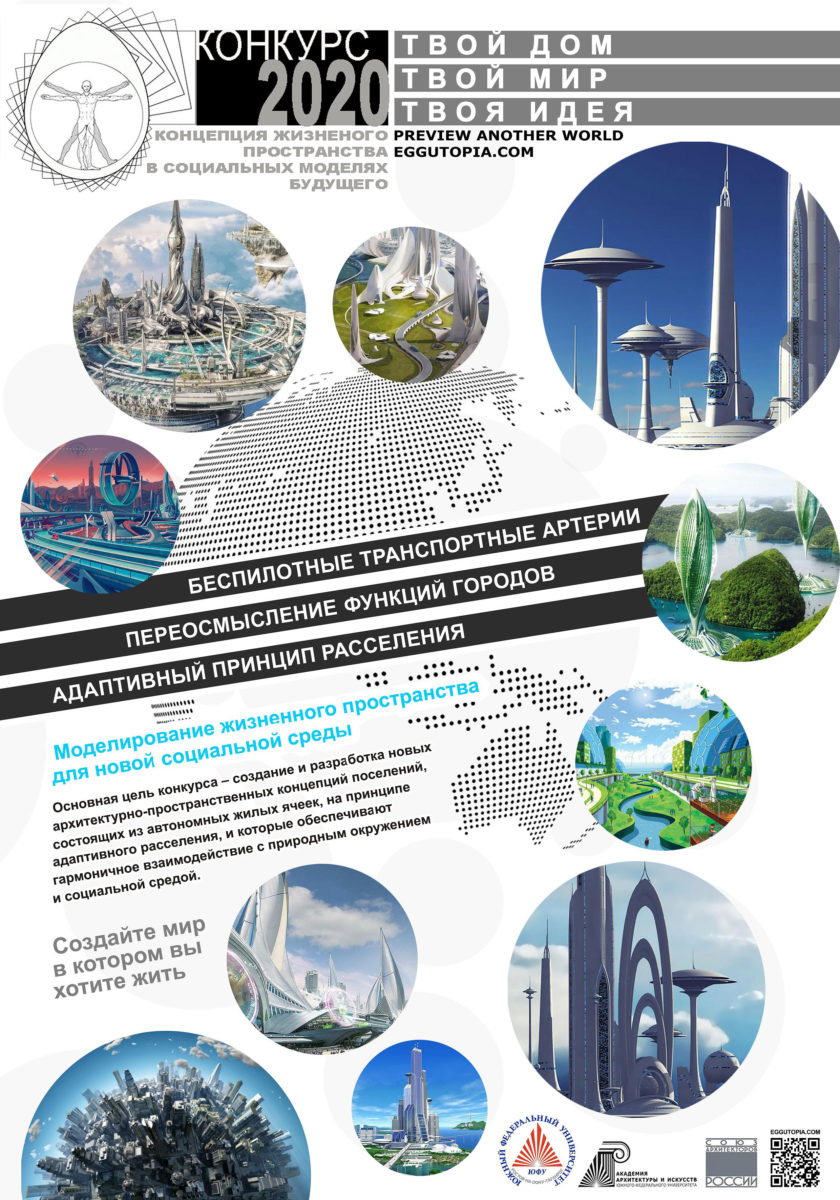