THE WORLD OF LIBERATED MAN

Autonomy and dependence on cities.

When would you know when you’d imagine

the captivity of stuffy cities!

There people, in heaps behind the fence,

do not breathe the morning coolness, nor the cherry smell of meadows;
love is ashamed, thoughts are driven, traded by their will,

heads before idols tend and ask for money and chains.

The idea of resettling people in high-rise and multi-family residential buildings of modern cities for permanent residence, can become a subject for the Architect to think.

Despite the variety of architectural solutions for residential buildings of high floor, a person has only two options to choose the type of resettlement. To live on the surface of the earth or gradually climb higher and higher, setting up your home in high-rise cellular-type structures. The process of resettling people in megacities is being accelerated and stimulated.

As a result, the growth of cities and their floors changes the face of our world, transforms it, and as a result inevitably changes the nature of the human type.

Breaking away from the surface of the earth is a process to change the established behavioral mechanisms of people, creating a new, easily controlled part of society dependent on food and energy resources. Similarly, the separation from the earth absolves man from responsibility for the land inherent not so long ago to the majority of the world’s population. This connection with the processes taking place on the ground was not accidental, it was a guarantee of the survival of the species in the event of a sudden change in living conditions. Choosing a different model for survival, such as the transition from gathering and hunting to farming, was also directly dependent on seasonal changes in Nature.

We’ve already talked about the connection between humans, trees and plants in a single ecosystem. This environment has its own clear parameters and boundaries, both on the plane and vertically.

High-floor resettlement changes the connection of man with the vital layer of the environment, devalue in his consciousness the importance of careful attitude to the world living near him. This type of people is likely to follow the principle of aggressive change of the world under its usual models of resettlement. Thus declaring himself independent and free from the processes taking place in nature, the modern citizen becomes dependent on the urban environment created by him, missing out on the issues of necessary security and autonomy during its construction.

We are gradually realizing that the resources for survival in urban and multi-level resettlement are severely limited. It is not difficult to imagine how the life of the inhabitants of high-rise buildings can change if the city is deprived of energy and food for a long period of time.

Unfortunately, projects of high-rise autonomous structures capable of generating the energy necessary for their residents and able to ensure the safety of their residents under suddenly changed conditions are not being implemented.

The use of high-rise buildings for permanent residence of people has other inconvenient aspects, which are not critical and therefore are not discussed in society. Any multi-storey building is a complex engineering mechanism, connected to communication networks requiring service by machines and devices. The larger the building, the more powerful and more energy-free the life support system. Residents of high-rises often complain about the constant background hum inherent in these structures, consisting of many residential cells inhabited by residents with different life cycles.

In turn, the inhabitants of low-rise dwellings on plots of land do not face these problems so clearly. The autonomy of the tenants of these buildings is much higher than that of tenants of multi-family type of settlement and therefore the level of their survival in case of a sharp change in external conditions of the environment is much higher.

Definitely high-rise construction is an achievement of evolution and should develop in the future.

High-rise development will serve the person more effectively if the importance of the city as a place for permanent residence of people is revised, the number of cities balanced, and their growth does not contradict common sense and the balance of ecosystems. 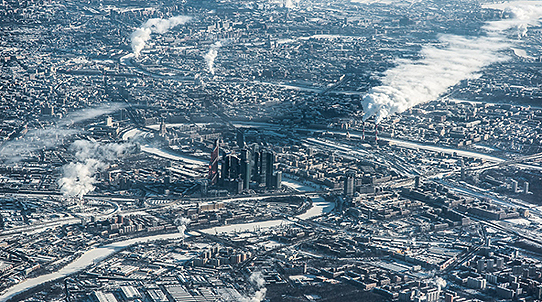 Two types of resettlement on the Planet.

The history of human civilization on the planet is a constant colonization of territories. Despite the changes and transformations in the social and social systems of the past, we can identify only two types of resettlement for the development of living space on Earth.

The difference between these two types of resettlement and development is not currently difficult to see.

Just look from the height of the flight to our cities, sprawling on the surface of the planet by means of transport highways. This is a prime example of the Aggressive Type of Resettlement, which is inherent in modern human society and can completely modify our planet in the future.

The aggressive type of resettlement has historically been based on dogmas and ideas about the exclusivity of the human species, which were introduced into people’s minds through religion and science.

Putting man above other inhabitants of the world, colonists changed the world, based on the need to develop territories for their social systems. Cities changed natural landscapes beyond recognition, involving representatives of the adaptive type of resettlement forced to accept new living conditions. The aggressive type of resettlement was also more convenient for controlling large populations, as they were concentrated and localized in large metropolitan areas with centralized management. Cities have gradually become places for reorientation, reconfiguration and disposal of human material taken from the habitat built on the type of adaptive settlement.

The adaptive type of resettlement did not change beyond recognition the environment in which its settlers lived.

Their dwellings of light and environmental materials could not change the appearance of the ecosystem, and human activities could not cause irreparable damage to the existing balance of ecosystems.

Representatives of this type of resettlement did not declare in their world understanding the human right to change the environment and supremacy over nature, assessing itself as a part of it and a unit of the universe.

On the contrary, they built their worldview on the notions of equal importance of all inhabitants of their world before a single creator. The world they discovered and mastered did not change beyond recognition, they studied its laws and built their rules of residence on the principle of maintaining balance.

Their social structure meant the construction of settlements and cities, places of worship and public buildings, but without the possibility of permanent residence in them most of society. The worldview of people of the adaptive form of resettlement was based on the knowledge and study of themselves and their place in the universe, and not on the reconstruction of their environment based on the needs of a part of their society.

The adaptive type of resettlement on the planet was inherent, vulnerable to the civilizations of North America and Eurasia until it was replaced by the Aggressive Type of Settlement, which began with the first cities of fortresses in modern Europe.

What type of resettlement will be chosen by us in the future, it can become an important issue for the Architect conducting a predictive analysis of the development of our civilization and society. 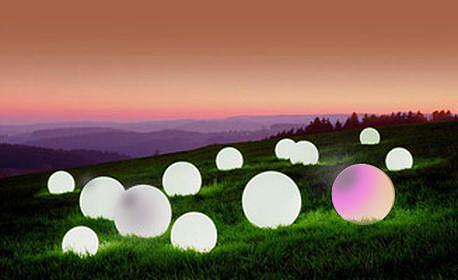 The house monitors the health of the tenant.

Our skin is a complex and multifunctional organ of our body. It protects us from environmental influences, signals to us about external influences or changes within the body.

The skin reacts to the effects of solar radiation, changes in air temperature, contact with an aggressive and unfavorable environment for the body. On the skin may appear rash, redness and nerve endings in it will send a signal to our brain about the danger to you both from the outside, and inside the body. Thus, our outer shell protects our existence in the nature around us.

Our dwelling also consists of an outer shell, a person has always given it the necessary protective properties, to ensure comfort and safety in their homes.

In the world of the future, the shell of dwellings could also adopt these signaling properties of the skin.

The residential cell management centre could carry out an analysis of the life of the occupants and, if necessary or critically, signal the problem to the outer contour of the dwelling.

Thus, the occupant and the community around him could monitor and respond in time to the critical conditions of the inhabitants, their illnesses or epidemics in their settlements.

Modern technologies and materials allow us to present and implement these interesting ideas for the creation of «living» and «breathing» shells responding to the state of the ecosystem of dwellings of the future.

This interesting technology, based on the principle of one person — one living space will help to control and give self-control to the living state of their health and vital activity. Using an analysis of the state of the outer shells of dwellings and the principle of individual living space, the community of the future will forever be able to solve the problems associated with the explosive spread of diseases.